WINNERS!  WINNERS!  The winners from last week’s blog are:

Please email christie (@) christie-craig.com with your mailing addresses and I’ll get you your prizes.  Congratulations!

Today, I have yet another special guest for you, and I have to thank her because she’s stepped in and helped me out at the last moment here on Laugh, Love, Read.  She writes for both Harlequin and Montlake and she’s a wonderful friend.  You’re gonna love her!  Please welcome Colleen Thompson!

Your book, The Best Victim, is part of a Montlake serial.  How is that different than writing a novel?  Have you found that to be more challenging?  More fun?

Writing a serial is very different from writing a traditionally published novel in that I’m writing and editing in “episodes,” each of which ends with a cliffhanger to keep those readers coming back. It’s a daunting challenge, in that I’m often writing one episode, doing edits on another, and working through copyedits over the same very short period of time, and I’m unable to go back and make changes, so I had to plan more carefully. But it’s exciting and fun, too, getting the story to the readers more quickly and getting immediate reader feedback, which is helping me to shape the story’s ending. Romantic suspense, I think, is the perfect genre for this form, since the danger and excitement translates into great hooks.

Name the three best or worst qualities of your hero/heroine.

Lauren Miller is one of my favorite heroines ever. She’s not only a computer security consultant and part-time “hacker of conscience,” she’s a loner with a number of quirks and phobias—someone who would likely be diagnosed as having Asperger’s syndrome. Though she bonds with very, very few people, she forms very intense attachments to those few, along with her sidekick, Dumpling, a fat, white-muzzled little dachshund she rescued from a roadside.

What is the last great book you read?

What is in your TBR pile?

I am dying to read another great family drama, Barbara Taylor Sissel’s upcoming Safekeeping. Happily, I have an advanced reader’s copy at the top of my towering TBR!

If you had to be locked in the closet with your hero/heroine for 12 hours, what would you do or talk about?

If I were locked in a closet with obsessed former FBI Special Agent Brent Durant, I’m not sure I’d waste time talking, since in my mind, he looks a whole lot like a younger version of George Clooney! 😉

Do you have any words of wisdom for aspiring authors?

Write fearlessly, research diligently, edit ruthlessly, and dream extravagantly. Then dare to believe you have a story that’s of value to the world.

Great answers, Colleen!  Can you tell us a little more about The Best Victim and where we can find it? 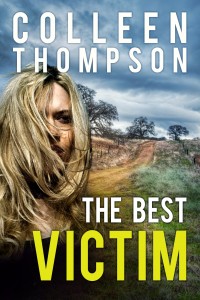 You don’t deserve to live.

The ugly words delivered online finally hit their mark. The younger sister of web security specialist Lauren Miller took the taunts to heart—and took her own life. Devastated, introverted Lauren has nowhere else to turn but the arms of a man who shares a similar pain…and a burning need for vengeance.

FBI agent Brent Durant is determined to unmask the Troll King, a vicious Internet stalker he suspects of preying on the weak, goading his victims into suicide. Victims like Lauren’s sister. Working off the grid as a rogue agent, Brent risks it all—even his freedom—to bait the clever killer. But when he involves Lauren in his deadly game, their unexpected chemistry complicates an already tangled web. With his dark obsession all-consuming, can there be any room in Brent’s life for the passion Lauren stirs within him?

Sounds intense and fantastic!  Thanks so much for being here, Colleen!  Now, tell us what’s in your TBR pile and two lucky commenters will win a copy of Colleen’s book.  Check back next week to see if you’ve won! 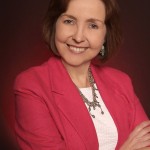 From the historical novels that began her writing journey (written as Gwyneth Atlee and Colleen Easton) to the riveting romantic suspense that has become her trademark, Colleen Thompson writes stories that show us that sometimes, love can kill.

Now residing in the Houston area with her husband and son, Colleen works with children in addition to her writing and speaking. When she’s not on deadline, she can often be found hiking with her family, playing with her pets, fiddling with her computer, or with her nose stuck in a good book.

11 thoughts on “The Best Victim”