It’s hard to leave something you’ve had in your life for twenty years.  Hard to say goodbye.  But then again, the grass does look greener on the other side.  But even considering the greener pastures, I’m smart enough to know that I’m gonna miss what I’m leaving behind.

Don’t worry, I’m not talking divorce.  Mr. Craig, with all his flaws, is still a keeper and he’s been around longer than twenty years.  I’m literally talking about moving.  Leaving the house that I’ve called home for almost two decades.  Leaving a place that holds a heck of a lot of memories.

I know, moving is my choice, but even the right choices, and the ones we want, can bring about nostalgia.  My son was three when we moved here, so I watched him grow up in this house.  There is his closet where I found five frogs that he’d hidden when he went off to kindergarten, the breakfast nook where I had to help him do his homework every night.  There’s the dining room where I sat him down and had a long talk about getting his first speeding ticket.

My daughter was twelve when we moved in, and I watched her become a woman in this house.   Here is where she was picked up for her first dates. Here is where she walked down the stairs all decked out for her school proms and dances.  There is her bedroom, where we argued about the messy state of her room.

There was the painful walk by both of my kids’ bedrooms after they moved out, and the tears I cried standing in their empty rooms. There’s the fun hubby and I experienced in the house after discovering the joy of being empty nesters.

There are the pets buried in the backyard.  The memory of the wine I’ve shared with friends in the house.  The reflections of the family dinners served in that little corner of the kitchen.  There are the books I wrote at the certain spot in my study.  The holiday dinners spent with friends and family in that dining room.  And I sigh when I glance at the crowded corner in the living room where the Christmas tree always went.

But I’ll be honest, we bought this house because it was in the right price range, in the right school district, and close to all my daughter’s friends.

Our new home, we bought because we fell in love with it on first sight.  Envision a house with red brick, white columns and a wrap-around porch.  We were looking at model homes in several new neighborhoods because we were thinking of buying a new home.  But we couldn’t find one in our price range that met our criteria.  And yes, I was going to be picky this time.

We’d driven to one new development, left a little unsatisfied, and were turning around in an established adjoining subdivision to head to another area with model homes.  I glanced at my husband and said, “Maybe we need look at existing homes.”  He nodded and continued to turn around, but when I looked up I spotted a ‘For Sale by Owner’ sign in the driveway he was turning around in.

I pointed it out to my hubby and he turned off the engine.  There was something about the moment that almost felt like fate. The house was behind a fence so we got out of the car.  Both of us were skeptical.  What was the chance that it would be a one story and we would actually like it?  That it would be in our price range?

When we peered at the one-story house behind the gate, hubby was in awe at the three car garage.  It was the porch and porch swing that seduced me.  But there was even more.   When I was a child we lived in Millhouse village in Alabama.  There was an old library that had red brick and white columns that eventually sold as a home.  I’d told my husband every time we went there to visit my dad, “If that house comes back on the market, I might have to buy it.”  And I’ll be darned if that house behind the fence wasn’t reminiscent of that property.

We haven’t moved to the new house yet.  We’re having some work done first. But we go there almost every night.  Last night as we sat on the porch swing, hubby said, “Isn’t it funny every time we come here, we love it more?  But the house we’re living in now, every time we went there we found something else that we wished was a little different.”  And it was true.  The kitchen was too small, the master bedroom’s cramped, and the tiny master bath left tons to be desired.  Closets were small.  The master bedroom was upstairs.  Don’t get me wrong, in the twenty years we lived here, we learned to love the house.  We turned it into our home.

As much as I’m thrilled to be moving, the other day as I pulled into the driveway of my old house, I got tears in my eyes.  I realized I might not miss the outdated floor plan, the small rooms, or going up and down stairs.  But a lot of life has been etched into these walls—life that brought on laughter as well as tears.  The life we lived has become part of the patina of this home.  I will miss that patina. 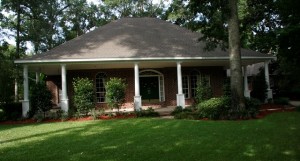 So as I pack up boxes, I’m trying to make sure to take all the memories with me.  I know we’ll create more memories at the new home. We’ll cook great dinners in our bigger kitchen.  We’ll spend many happy nights in our larger master bedroom.  I’ll soak until my skin wrinkles in my new large bathtub.  I’ve already picked out where the Christmas tree goes.  Our dining room table will welcome more friends and family and there’ll be plenty of bottles of wine shared there.  I’ll write other books in my new study, and the memories I can make on that wonderful front porch are endless. 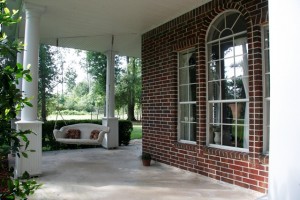 I’ll be posting more photos of the house later so stay tuned.  Now tell me, how many of you have changed addresses and felt the nostalgia of moving on?  I know I’m not the only one.

12 thoughts on “Moving On and Saying Goodbye”