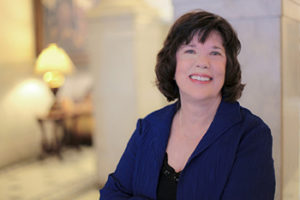 ’m very lucky to have a special guest on my blog this week. Susan C. Muller writes grabs-you-by-your-throat suspense books that you can’t put down. She loves to travel the world and has been known to snorkel with penguins, travel down the Amazon, zip line off tall buildings, and spend the night in a hammock in the rain forest. When not writing, she can be found doing volunteer work at a local hospital. She loves to read, travel, snorkel and take long walks with her dog..Her newest release, Time to Run, is about a woman on the run from the mob and the FBI. With heart pounding suspense, you won’t be able to put Time to Run down.

I couldn’t wait to ask Susan a few questions about Time to Run.

I really liked your heroine, Jax Duncan.  Can you give me three words that best describe her?

Strong. Even when frightened she never gives up.

Resilient  Whatever life throws at her, she adapts and never loses faith things will improve.

Her favorite place is the local library.

And in what way are you different from her?

She grew up a rich pampered princess. Her life changed in the blink of an eye and she learned to live with nothing.

Do you have an elevator pitch of the book that you can share?

When Jax Duncan witnesses a mob execution, she becomes the next target for the hit man and the prime suspect for the FBI. After four years on the run, both have found her. Now she must run again. Only this time she has an added burden… An injured FBI agent who depends on her to keep him alive until he’s well enough to arrest her.

Tell me a secret about yourself that your readers don’t know.

I’ll tell you something that will make you sad. I’m allergic to chocolate. 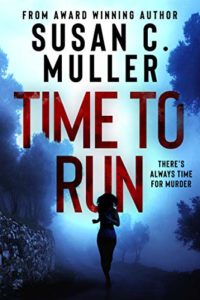 When Jax Duncan stumbles across a mob execution, she becomes the next target for the hit man and the prime suspect for Special Agent Lincoln Montgomery. She decides to hide out until the case is solved and her name cleared.

In each new city she tries to make a life for herself, but no place feels safe. She can still hear the violent confrontation, smell the blood . . . she still watches over her shoulder everywhere she goes, terrified of being discovered . . . eliminated.

Now her worst fears have come true. The hit man has found her. And so has Special Agent Montgomery, the one person with the power to either lock her up or clear her name–if only he’ll believe her.

Unwilling to take that chance, she must run again. Only this time she has an added burden . . . a wounded FBI agent who depends on her to keep him alive until he’s well enough to arrest her.

You can buy Time to Run at Amazon. You can find out more about Susan and her books at http://susancmuller.com/.

Lincoln heard a voice echoing up from the bottom of a deep well. His eyes cracked open a slit, slammed shut against the glare of the overhead light, and opened again.

Jax sat on the edge of his bed.

“You came back. I thought you’d left.”

“I walked to the nearest drug store and bought you something.” She held up a pair of shiny, aluminum crutches. “Try to stand, walk around a little. We need to get moving.”

“Away from here. This place is too dangerous. If I found it, so can they.”

Thinking made his head hurt. He lifted the crutches from Jax’s hand and stood. The room only swayed a little as he maneuvered his way into the bathroom, turned on the tap, and splashed cold water on his face. The water in the sink turned pink.

He glanced in the mirror and almost fell backward. The face staring back at him was nearly unrecognizable. Dried blood from his nose still coated his upper lip like a disgusting, red Hitler moustache. His eyes were bloodshot. A purple bruise was forming on his forehead, and his hair fanned out in seven different directions.

He wet his hand and tried to smooth it down.

“No one cares about your hair, Romeo. Wash the blood off your face and let’s go.” Jax’s reflection stared back at him from the mirror.

He could learn to hate that woman.