I’ve been there.  Done it.  Wore the t-shirt.  Still carry a few scars.

Divorce is ugly.  And until recently, when the word was mentioned, the pain it brought bubbling to the surface was the lingering hurt I went through with my first husband. 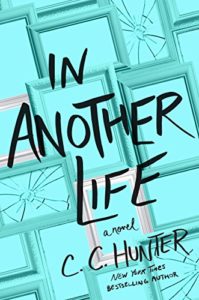 For me, like most teens, my family was my security blanket.  Not a blanket that I dragged around with me, ached for, or even valued.  It was simply . . . there. We were a family of five.  We argued some, laughed more, but we always had each other’s back.

Dad came home from work every day.  We sat at the dinner table and shared a meal and whimpered, whined or bragged about our day.  I didn’t appreciate the family unit, because I’d always had it.  I didn’t fear losing it because first, divorce wasn’t the rampant virus then as it is today, and second, unlike the few families I knew who’d caught the virus, my parents loved each other.

And then that security blanket, the foundation of my life, was gone.

Oh, my parents told me the same things that most parents say to their kids.  They both still loved me.  It wasn’t my fault.  They’d always be there for me.

Not that they were terrible or didn’t try.  You see, I’m not talking about the big things.  It’s the small ones.  It’s those conversations that happened over dinner.  The fact that a flat tire was nothing, because Dad was always there to fix it.

It’s more than just the loss of having two parents in the house, I’m talking about the fact that my family was my tribe, and my tribe had been torn apart.

When I was writing In Another Life, I unintentionally tapped into the pain of the past.  As a writer, I’ve always known that my life, my own emotional journey, is the grist for my writing mill.  It’s the core of my stories.

But I won’t lie to you, I was surprised when the feelings of being a child of divorce was still so raw.  Like Chloe, my seventeen-year-old heroine in In Another Life, my parent’s divorce was bitter. Whether they meant to or not, I felt forced to take sides.  I was exposed to the flaws of my parents that I had previously blissfully missed.

Were her parents behind it?  If not them, then who?

Cash, my seventeen-year-old hero, is dealing with his own serious life issues.  When he sees Chloe and realizes she is identical to the age progression photo of his foster parent’s missing child, he is determined to give them back the child they lost.

While searching for answers, Chloe and Cash fall for each other.  They become each other’s touch stones.  But the closer they get to the truth, the more someone is trying to stop them.  Someone who will kill to keep the truth from being exposed.

In Another Life is a work of fiction, but there’s a lot of truth in this story.  There’s even some lessons for parents struggling through divorce that could be taken to heart.  I hope everyone enjoys Chloe and Cash’s journey as they let go of the past and find a future. 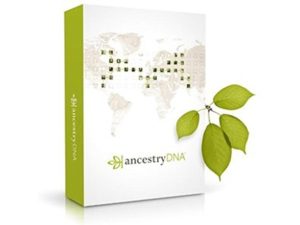 You can pre-order In Another Life now at Amazon, Barnes & Noble, Books-A-Million, Indie Books and Powells. Then if you send a link or a screenshot of your order to me at cc@cchunterbooks.com, you’ll be entered to win an Ancestry DNA kit. I’ll be closing this contest on March 25th.  (Sorry, but this contest is limited to U.S. residents only.)