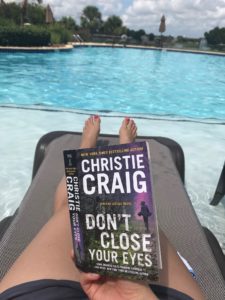 In Don’t Close Your Eyes, Mark is always buying people coffee.  He calls it his, “Good Deed for the Day.”  I want to pay it forward and have a contest where I’ll send someone a $25 Starbucks card to buy yourself and maybe even someone else a cup of coffee.  To enter, post a picture of you reading my book or a photo of my book someplace cool (like the photos below), and post it with the hashtag #MarksGoodDeed. If you don’t have a Twitter or Instagram account, you can send me a link (christie@christie-craig.com) of your post.  Below is the good deed for the day scene from Don’t Close Your Eyes.

Annie, sitting at her usual table, refocused on the stack of ungraded papers. The dark circles under her eyes were hidden behind darker sunglasses. Blond and fair skinned, she lacked sleep, which brought out raccoon eyes. Too bad she couldn’t wear the shades while teaching.

“Happy hump day.” Fred waved his cup of espresso with extra milk as he moved to his booth. For reasons unbeknownst to Annie, the elderly widower was always happier on Wednesdays. Sometimes, when the place was full, he’d even sit with her to chat.

Annie smiled. “Did you have a good night last night?”

“Sure did.” A sparkle brightened his light blue eyes. He sat down and pulled out his newspaper. Was he seeing some lady on Tuesdays? Not that it mattered, Annie liked seeing happy people. 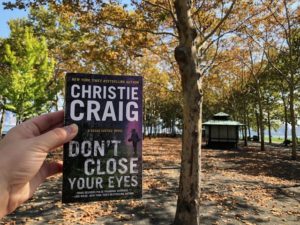 Glancing out the window, she took in the early-morning walkers trying to get their steps in. The quaint coffee shop nestled between high-rises in downtown Anniston, Texas, was conveniently located a block from the junior college where she’d taught for last five months. Coming here had become part of her morning ritual. Being an only child, she liked feeling as if she was part of a community. She knew the regulars. They knew her. At least most of them did.

The door swished open. Pretty sure who it was, she glanced up, without lifting her head. He always arrived between seven and seven thirty. The coffee shop was conveniently located a block from the police precinct, too.

Detective Sutton liked the dark roast and drank it black. Sometimes, he added a skinny hazelnut latte to his order. Probably for some long-legged, lucky secretary at his office.

While Annie was certain he’d never noticed her—he was one who didn’t speak or even nod—she’d noticed him.

Even before she’d seen him on television. 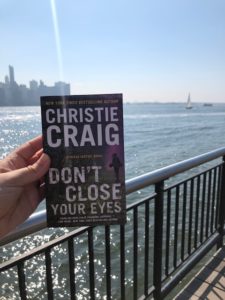 It wasn’t just his big-gulp size, or his big-gulp good looks. Oh, she noticed those, too—hard not to—but it was the fact that, like her, he hid behind sunglasses. Considering most of his cases involved murder and some involved children—she wondered if he wasn’t suffering from some bad nightmares, too.He shot to the counter with his usual determined pace. Not so much rude as running late.

Today, he wore his navy Dockers and his light blue buttoned-down oxford. The shirt, creases down the sleeves, no doubt dry-cleaned, hugged his broad chest. His dark hair appeared freshly showered damp.

The customer ahead of him, an elderly grandmother—not a regular—looked antique and frail. “I know I’ve got some coins…” Her arm, lost in her big purse, fumbled for loose change.

Annie waited to see if he’d do it again. She’d seen it happen six times.

“I got her coffee,” he spoke over the woman’s gray hair to Mary, the barista.

The older woman looked back, and up. And up. “Why that’s sweet, but I’ve got…”

My good deed for the day, Annie said in her head, right before he did.

A smile curled up in her gut and gave her good-guy butterflies. She’d even borrowed his act of kindness herself. 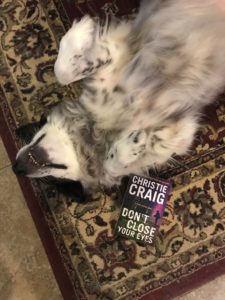 Shamelessly, she’d considered attempting to be his good deed for the day for an introduction-and maybe more. But she’d failed at her last attempts of “more.” And considering the return of her nightmares, she needed to get her life fixed before she asked for company.