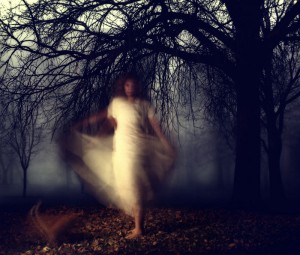 I’ve talked about ghosts before on my blog, and I must be a little obsessed by them since they have even been characters in my books. Think about it. In Murder, Mayhem and Mama, Cali McKay’s mom is dead. But she still has a lot to say to her daughter. And in Divorced, Desperate and Dead, Chloe Sanders and sexy Detective Cary Stevens meet for the first time when they’re dead. But love can overcome anything, right?

Then there are my Shadow Falls books. Kylie, one of my main characters, sees ghosts all the time. Not that she wants to. They just sort of seek her out–and usually need her help. Ghost just keep popping up. And not just for her. A few other Shadow Falls campers get up close and personal with ghosts, too. So, I guess you could say ghosts are a recurring theme in my books. So, why am I so obsessed?

Well, I’ve had a close encounter or two with a ghost. And I’ve got to say, it scared the beegeesus out of me. Maybe it just made such an impression on me, and maybe even started my fascination, that ghosts keep ending up in my books.

Have you ever seen or felt a ghost? Tell me what happened. 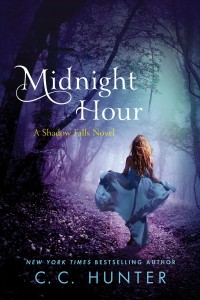 I’m excited to tell you that I finally finished writing Miranda’s book, too. And it’s going to be a real doozie! She surprised me in several ways, and I think you’re gonna love her as much as I do. I revealed the cover and title for her book last week. Midnight Hour will be released in the U.S. on October 25, 2016, but is available for pre-order now at Amazon, Barnes & Noble and iBooks.