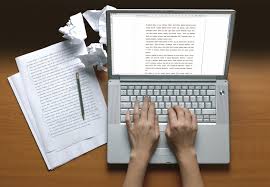 2.  Why do writers stare in to space, eyes unfocused, their expression as blank as a drunk rock?

3.  Why when approached by someone at a book signing and someone tells a writer how much they enjoyed their book, the writer looks them dead in the eyes with complete surprise and says, “Really?”

Okay, this might be a surprise to most of you, but most writers consider themselves artist. And everyone knows that artists are insecure little twits.  Even after we hit the big time, we still are afraid someone will discover our secret:  we don’t know what the crap we’re doing.  We are just making it up as we go.

4.  Why do writer’s talk to themselves?

We are not crazy.  Insecure yes, crazy…not really.  And please, doesn’t everyone exchange a little dialogue with themselves?  Second of all, half the time we’re not talking to ourselves.  We are talking to non-existent people who we call characters.  And before you ask, yes, they do talk back.

5. Why is it that writers can read ten, twenty, even a hundred good reviews, but when they read one bad review, they are certain their career is over?

What part about us being insecure little twits did you not understand?

6. Why do writers continuously check Amazon and other sights for the reviews knowing they are very likely to run into another bad review?

7.  Why do writers talk about their characters as if they are real?

Who said they aren’t real?  If they didn’t feel real to us, how could we write their stories?

8.  Why do writers often ask readers to post a review?

Because the only thing worse than a bad reviews are no reviews.   And because many on-line retailers will do extra promotion if a writer has a lot of reviews. 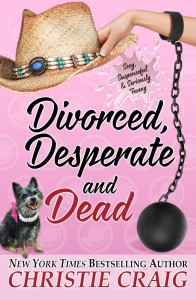 9.  Why do all writers seem to want the readers to run out and buy their book as soon as hit the stands?

It’s not because we need a quick buck, or because we crave instant gratification.  Though that might be true in a lot of cases, but it’s mostly “the list.”  The New York Times and USA Today all use the first week of sales to measure a book’s worth.

10.  Why do writers eavesdrop on strangers sitting in the booth next to them at a restaurant?

11.  Why does it take so long for a writer to write the second book in their series?

Because they’re always checking their numbers and reading and recovering from the bad reviews.

12. Why do writers spend weeks writing scenes and then wake up one morning and delete it all?

13.  Why do writers claim to love their characters and then do mean things to them?

It’s called conflict.  While humans try to avoid it in real life, if writers don’t beat up their characters enough, readers get bored.  So, you readers make us writers sadistic individuals. 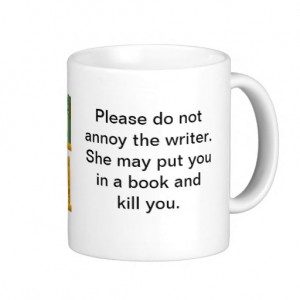 14. Why do writers kill off characters?

Because sometimes they piss us off.  They either won’t stop talking, won’t tell us things, or won’t do what we tell them.  Then occasionally, it’s because your editor makes you.

15.  Why do writers allow their pages to go to print with typos and grammar mistakes?

We don’t mean to, wetry to catch every mistake, but when you are talking about a 120,000 word books, a few typos may get over looked. Of course, the blame can fall on the editor or the line editor.  Then . . . and this is huge, it could be because believe it or not, we aren’t perfect.  We would like to be perfect, who wouldn’t, but nah, we’re just human. We try our best.

16. Why do writers ask people how they liked their book when they really don’t want to hear the truth?

Because we expect people to do the right thing and lie.  That and because well, we’re often insecure little twits.

17. Why do so many writers complain about their covers?

Because a lot of times, they completely suck.   Yeah, I know some of you think we get to pick our covers.  But it’s not always so. 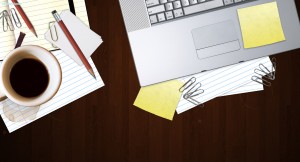 18.  Do writers really mentally imagine the villains in their books are people they don’t like and kill them over and over again.

Hey…it’s one of the perks of being a writer.

19.  Do writers actually learn something from their characters?

20.  Is it true that every character a writer writes is in some way an expression of themselves?

Oh, so now you’re saying we’re not only crazy, but we have multiple personality disorder? Okay, fine, I’ll admit it.  Yes, every character I write has some of me in them.

21.  Isn’t it unhealthy to spend so much time in an imaginary world?

Yes, it’s an occupational hazard.  Every job comes with some drawback.   We suffer through it for our fans.

22.  Why is it if a writer accidentally loses some pages, he’s certain that those were the best pages he’d ever written?

It the same reason when a fisherman loses a fish, he knows it was the biggest one he’d ever snagged.

23.  Why do writer’s use pseudonyms?  Are we scared our strange stories will attract strange people?

No!  Well, at least I don’t use one because of that.  After all, I’m pretty strange myself. Seriously, some people use a pseudonym because they write in multiple genres and they don’t want a reader to pick up a book and be disappointed that the book is not in the genre they expected. When I sold my first book in 1993, the publishers wouldn’t allow a writer to use their own names because they wanted to own it.  Later when I sold to Dorchester, I chose to use my real name.  Then when I sold to St. Martins, they suggested I use a pseudonym because my Christie Craig name was tied to romantic comedies.  And while my young adult series has humor, it’s different.

So did I answer your questions? If not, leave your question for me in the comment section, and maybe I’ll answer it next time.

3 thoughts on “Why do Writers do that and Other Questions Writer’s Get?”