Boy, I’m beginning to think Mark Zuckerberg is really onto something with Facebook. J Initially designed as a networking tool for Harvard students, today Facebook has more than 1.59 billion global users. That’s 22.9% of the earth’s population!

I love Facebook as a way to keep in touch with friends, stay connected with my fans, and as a business tool to promote my books. But I also love Facebook because it makes me feel good and makes me laugh. Who doesn’t love an adorable dog video? It’s so easy to “like “ pages that share your interests or pages that post uplifting content. These are a few of my favorites.

Then there are all the FB pages of my favorite authors. If you like and author, look them up on Facebook and like their page. It’s a wonderful way to keep up with their releases and book signings. Not to mention giveaways. I hope you have liked my pages. If not, here are my links.

What are some of your favorite pages that you have liked on Facebook?

What makes a guy attractive to women? Oh, I know, our tastes vary. Some of us like muscular guys, some like slender guys, some long hair, others like their guys with short hair. Maybe you like a strong jaw or a certain color eyes, or full lips or a rugged completion. But there are certain generalities for each era that were thought to make a man generally attractive. Looking back, we only have painting and sculptures as evidence. But generally, throughout the ages, the ideal man was muscular (and a bit more muscular during the Middle Ages to be able to support the weight of a suit of 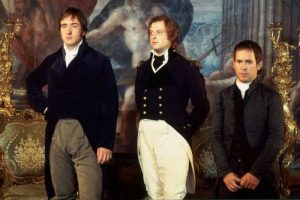 armor) with classical features. In short, men were manly men. But things started to change in the 17th century when clothes became very elaborate and men sought to look fleshier in their clothes as a sign of prosperity. The 18th century took that further and added faces painted white with rouged cheeks and a powdered wig. And yes, men wore heels. With the 19th century came the dandy with corsets, heeled shoes and padded calves. (And you thought women invented padding their assets!) And don’t forget those tight breeches—think Mr. Darcy in Jane Austen’s Pride and Prejudice.

I remember the hippie, metro sexual, and the feminization of the male. But now, we’ve 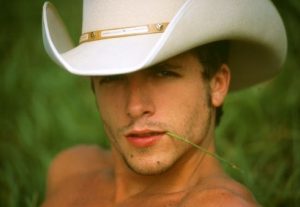 gone from the man bun (does anyone like that look?), to full bearded, lumberjack look. And it doesn’t end here. Our idea of ideal beauty will continue to change and evolve. Me, I like manly men, and I love a Texas cowboy—the real thing! What do you find attractive in a male?

Happy Valentine’s Day! Yup, the day dedicated to romance is here. And, as you know, I love romance. After all, it’s what I write. All day long, I surround myself in stories of love. So, it’s no surprise that I love Valentine’s Day. Do you? Don’t have a Valentine? Don’t despair. There are 119 single men—never married, widowed or divorced—in their 20s for every 100 single women of the same age. But if you’re single and happy that way, you can celebrate Singles Awareness Day on February 15th.

Everybody has a TBR (To Be Read) pile, right? Well, I’m no exception. I have a huge TBR stack of books. It only seems to get higher the more I write, because my free time gets more and more scarce. But wait a minute! Reading is important. Let me repeat myself: reading is important. Even as a writer–especially as a writer. You need to keep on top of what’s popular and selling. Plus, I have so many awesome friends who are authors and I always look forward to reading their books. So, I thought I’d share a few at the top of my list, in no particular order. Some of them aren’t even out yet, but you can be sure, I’ve preordered them! 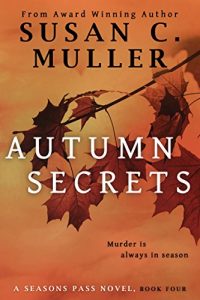 The harvest moon has arrived and homicide detective Noah Daugherty is drawn into one final, harrowing case when the search for clues leads him to the middle of a killing field. Desperate, he enlists the help of a woman from his past. Together they discover a serial killer, hell bent on reaping his own depraved version of social sanitation.
As Noah continues his urgent search for justice, the demented madman seems to stay one step ahead, taunting him and threatening everyone he holds dear.
Can Noah put a stop to the killing, or will he be buried along with autumn’s secrets?

Kerrelyn Sparks’ How To Tame a Beast in Seven Days 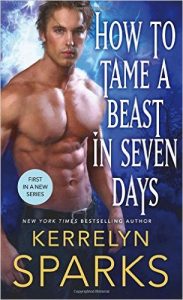 As one of the Embraced―one born with magical powers―the beautiful, innocent Luciana escaped certain death after her father hid her away on the Isle of Moon. Now, to save her father, she has to marry a man feared throughout the land.

Luciana  agrees to wed the Beast―Lord Leo―in order to save her father. Soon she learns that her betrothed is also one of the Embraced–his immense power strikes fear into the hearts of men. . .and his mere touch can put an end to a woman’s life. But Luciana cannot deny the passion that burns between them. How can she resist the man who makes her feel intoxicated with desire―even if surrendering to him could destroy them both? (This one doesn’t release until March 7, 2017, but I can’t wait to read it!)

Colleen Gleason’s Beyond the Night 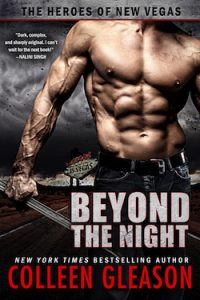 Five men emerge from the remnants of destruction with extraordinary new powers. They are humankind’s last hope, but they cannot survive this devastated world alone. When Dr. Elliott Drake emerges from a cave after traveling fifty years through time, the world as he knew it in 2010 is gone. But Elliott has acquired an extraordinary ability–the power to heal. Jade Kapiza, who was once imprisoned by the immortal beings, has been in hiding for years. She can trust no one…but when Elliott comes into her life, he pushes at her defenses and begins to tear down the walls she’s built so carefully. Yet the mysterious doctor seems to have secrets of his own. Can Jade trust Elliott with her heart, even as they risk their lives to save a band of innocents? And can Elliott find a new place for himself–a home–in this new, ravaged world? 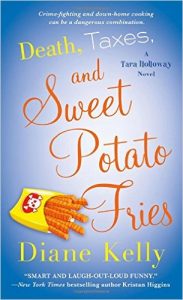 SHE HAS AN APPETITE FOR JUSTICE.
But this time IRS Special Agent Tara Holloway is in over her head―and challenging every dietary law in the book. . .

When the IRS is tasked with assisting the border patrol in pursuing unscrupulous “coyotes” who’ve transported illegal immigrants across the border, Tara finds herself at odds. Not only must she investigate Brett Ellington, her old flame whose landscaping business employs such workers, but now Tara has to convince her new romantic partner in crime, Nick Pratt, that she doesn’t still carry a torch for Brett. 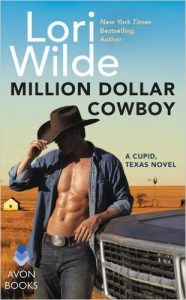 The illegitimate son of a Texas ranching dynasty, Ridge Lockhart left home ten years ago with one goal: to become more successful than the father who never accepted him. Mission accomplished, but now he’s back at the Silver Feather Ranch for a wedding—three days of best man duty until he can hightail it out. Then he spies Kaia Alzate, and suddenly leaving isn’t quite so appealing.

Kaia Alzate grew up the daughter of the ranch foreman, servants to the mighty Lockharts in the mansion. Back then, she followed Ridge around like a puppy. Now, she’s fighting the attraction she feels for this sexy CEO. She’s determined not to make a big mistake—but when Ridge takes her in his arms she’s stunned…could he be the man she’s waited for all along? (This one is comes out March 28th, and I can’t wait to get my hands on it!)

Those are just a few books I can’t wait to read. I think I’ll start reading one tonight!

What books are in your TBR pile, and which ones are you most looking forward to reading? Do you have any recommendations for an author or book I should read?

The winner of last week’s giveaway is Brandi.  Congratulations! Brandi, you can pick any one of my books and I’ll send you an ebook to you. So email me at christie@christie-craig.com and be sure to tell me which book and if you want the NOOK or Kindle version. 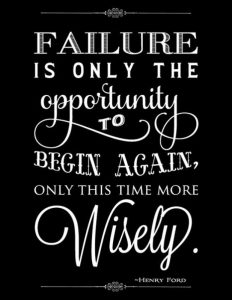 You know, in everything you do, you are going to win some and lose some.  That said, if you even just try for anything, you also win.  I know it sounds like some inspirational crap, but I’ve seen it so often in my own life and in my career. I hadn’t sold a book in over ten years, and I was writing humorous romantic suspense.  An editor told my agent, if Christie would write paranormal, I would buy her books.  So my agent asked me to write paranormal. I didn’t want to do it, because I’d never written paranormal.  But I started writing a book about witches.  I needed to write three chapters and send it in to the editor to see if she actually would buy it.  So, I finished the three chapters, and right before I sent them to my agent to send to the editor, my agent called.  The editor had phoned her and told her she was excited to see my proposal, but to make sure it wasn’t about witches. WHAT? 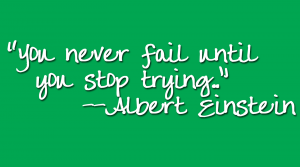 So, I had to start over and write about faes. I spent another two months writing three chapters about faes.  My agent sent it out and the editors loved it, they almost bought it—but then they didn’t.  Ugh!  I felt like a loser.  I had spent four months trying to do something and failed. I wasted all that time.  I was so upset.  Right after that, my humorous romantic suspense books sold.  And I remember even thinking that I could have been writing another humorous romantic suspense instead of working those paranormal ideas that gotten me nowhere!!!  Ahh, but flash forward four years.  An editor at St. Martin’s Press was looking for some new young adult authors.  And she remembered an author she’d read that she really liked who wrote a funny book about faes.  She hadn’t been able to buy the book on Faes, but she really liked my work.  And that, my friends, is how I was asked to write Shadow Falls.  And it all came about from something that at the time, I saw as a complete, devastating failure. 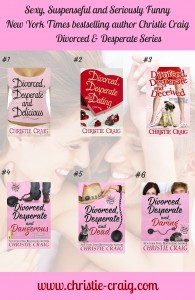 When you try something, put your heart and soul into it, when you learn something, you may not walk away with the blue ribbon, but you walk away with an experience and who knows what that experience will lead to.  So remember, It isn’t just about just winning and losing, there is also trying.  Can you think of how you tried and didn’t win the blue ribbon, but still walked away feeling like a winner?  I’ll give away one of my ebook to one person who leaves a comment.  (Sorry, this giveaway is only for US residents. If you;re reading this on Goodreads, you must leave your comment on my website blog to be entered in my giveaway.)

The winner of last week’s giveaway is Tracy Wisenburg. Congratulations! Please email me at christie@christie-craig.com with your mailing address AND t-shirt size.